Born to Change the World

The Dignity of All

Christmas is a festival of children. We see images of a child born in a stable surrounded by animals with Mary and Joseph by the crib. Although recalling the birth of Jesus of Nazareth is the purpose of Christmas, outside the church buildings, it is replaced by secular, non-Christian commercial money-making enterprises. The traders have kept Christ out of Christ-mas as they proclaim “Seasons Greetings” and “Happy Holidays.” Have the pagans won?

Perhaps so because the institutional church that is supposed to safeguard the memory and teaching of Jesus of Nazareth has largely forgotten who He was and is and the values of life and love He gave us. They have lost the man, the Son of God and developed a sacramental religion with endless rites and rituals that are so routine that they seem like a magical performance without explanation or meaning. The people participate because it is tradition, and apathy and indifference rule. Few who go to the churches are filled and driven by the spirit of action for justice, human rights and compassion. Few speak against terrible evils. The man who said He came from God is obscured in the murmur of ritualistic incantations irrelevant to daily life. Who was this Jesus of Nazareth and what did He teach? 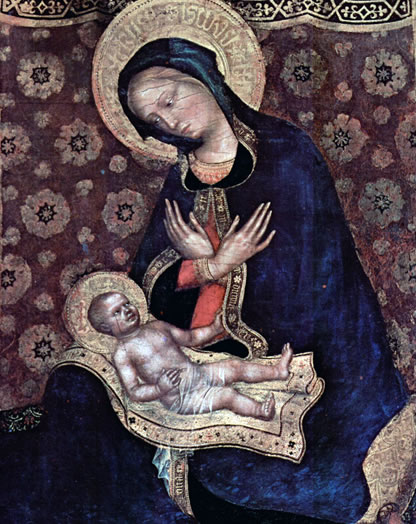 He was a Jew, a poor man. His father was a carpenter. He was born in a hovel with animals, in poverty. He knew it all too well. He had no status in life, no formal education, no property and had no influence whatsoever until He began wandering around Palestine telling stories about how everyone should be equal and poverty was not a punishment from God but the work of greedy people and it should end. He taught that employers must pay just wages, and He called on the rich to give social justice to the poor.

He taught us to have life in abundance, not death. He was a man of justice, peace, kindness and love and gave His friendship to all who would be His friend. A life of the spirit, He said, would endure beyond the grave. Love would live forever. He invited His followers to share a meal of friendship, and He washed their feet as would a servant.

He taught anyone who would listen that women and children had equal rights as the men, all walked the earth as children of God as one in the human family. No one was to be excluded, irrespective of creed, gender, and skin color or ethnic clan. All were to be included. We are created equal, He said, and we share the same human dignity.

His message is especially for the poor, the outcasts and migrants, refugees and the homeless. He came to change the society ruled by the rich and give it to the poor. He challenged us to live in justice with each other and in fairness sharing the bounty of the earth to keep it peaceful, clean and sustainable. But it is not. Humanity has failed, environmental destruction is upon us. Violence, war, evil, abuse and social unrest is rampant. Peace and justice is far from us. We have ignored His words.

That call of Jesus of Nazareth, to change society, was one too far and not welcome. The idea of equality of persons troubled the sanctimonious temple priests. It disturbed the elders and threatened and challenged those in power. As today, the truth will challenge and trouble the powerful.

His most challenging story cut them to the heart with the truth. It told of a poor person of no status, an outcast, the most despised enemy, a migrant from Samaria, not even a Jew, was the person of compassion, the one who cared when others did not. He hurried to the side of a dying Jew who was lying wounded by the roadside. A temple priest came by and avoided the wounded Jew and abandoned him. Then a member of the elite ruling class saw him and did the same.

The outcast in the story was a migrant. He had confidence, no fear, bigotry, or racist tendencies. He showed courage, compassion and mercy and gave care, healing and long-term help to the wounded Jew, who was a complete stranger, a traditional enemy. He was the model of the good neighbor. The rich elite were not.

Would the rulers of Israel today do the same as the Samaritan? If they did, there would be less hatred, violence, and death. Today would developed countries welcome more migrants and refugees? When the family of Jesus was attacked by death squads, they fled the violence for Egypt and were welcomed. Today at the borders of the rich, developed nations, they most likely would be refused entry. The story Jesus told tells of compassion, mercy and love and challenges us all to love our neighbor as did the Samaritan and “go do likewise.”

The powerful rulers could not accept the truth, the honest criticism and challenge. They conspired and made false accusations, and they gave Him the death penalty. He was killed because of His love of the truth, His rejection of the culture of death and evil and his condemnation of it. He did not remain silent, did not look away from the murders, injustice, the oppression, the poverty and hypocrisy.

It was the end, and yet also the beginning of His mission to change the world, turn it upside down by bringing wisdom, enlightenment, truth, honesty and integrity to the lives of all who would follow him. This is what Christmas is about and blessed are we if we can share any of it.

Columban Fr. Shay Cullen lives and works in the Philippines.

Home » Born to Change the World