The story begins in the early morning hours of December 9, 1531, when a 57-year-old Indian peasant named Juan Diego was walking along the path of Tepeyac Hill on the outskirts of Mexico City on his way to Mass. As he walked, he heard heavenly music and suddenly a beautiful young woman appeared to him dressed like the women of his people. She told him she was Mary, the Mother of Jesus, and she asked him to tell the bishop to build a church on the hill in her honor. 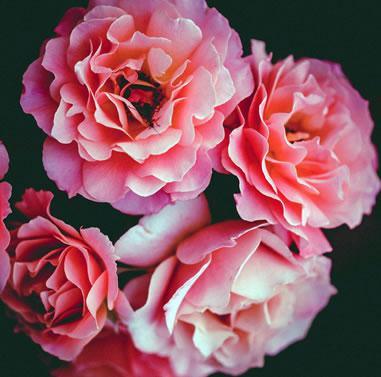 Understandably, the bishop was skeptical but he promised to reflect on the matter. When Juan Diego reported back to the Lady she asked him to try again. This time the bishop asked Juan Diego to bring him a sign of some kind from the Lady. Two days later Juan Diego’s uncle, Bernardo, was very ill. He sent his nephew to find a priest who could give him the last rites. On his way, Juan avoided the hill of Tepeyac, because he had delayed in fulfilling the bishop’s request for a sign. But suddenly the Lady appeared to him again. She spoke words of consolation, assuring him that his uncle had already recovered. “Do not fear any illness or pain,” she said. “Am I not your mother?” These words were emblazoned on Juan Diego’s heart forever.

The Lady then asked Juan to pick some flowers from the top of Tepeyac Hill. She arranged them in his tilma, a cloak like a poncho, so that he could present them to the bishop. After waiting for many hours, he was finally admitted. When he opened his tilma the beautiful Castilian roses spilled out. All present were astonished to see roses in December. But when he saw the exquisite image of Our Lady printed on the tilma, Bishop Zurmarraga fell on his knees and wept, asking forgiveness for doubting.

A large basilica was built in Mexico City. Today in that basilica the original image can be seen on Juan Diego’s cloak. It is the most visited shrine of Our Lady in the world with an estimated 25 million pilgrims each year. Mexican people from the cities and towns schedule their pilgrimage for different times during the year. On arriving at the Basilica many approach the shrine on their knees with full faith in Our Lady’s protection. As is common in Hispanic countries they promise Our Lady of Guadalupe to make the pilgrimage for several consecutive years in thanksgiving for favors received.

Not only is the image of Our Lady of Guadalupe honored in the homeland but this devotion is part of the spiritual DNA of Mexicans everywhere around the world. In Los Angeles, California, where I had the privilege of teaching in the parish school, Our Lady of Guadalupe, I was deeply impressed by the profound faith of the people. They had a great community spirit, clearly seen as they celebrated their faith. They participated in Eucharistic and Sacramental celebrations, various processions, novenas, and other festivities with great joy, music, song and dance. It was lovely to see the natural ease in the way they came to the parish services. It seemed as if it was a second home for them.

“Do not fear any illness or pain,” she said. “Am I not your mother?” These words were emblazoned on Juan Diego’s heart forever.

One very special celebration for them was December 12, the Feast of Our Lady of Guadalupe. For weeks leading up to the day enthusiastic preparations took place. On the day itself, at 5 a.m., a large number of people would gather to greet Our Lady singing Las Mananitas, a popular birthday song. Accompanied by the mariachi music group, the singing continued until Mass at 6 a.m. One of the highlights of the celebration was the blessing and distribution of red roses which were then taken home by everyone present. The occasion concluded with traditional refreshments. I always felt very privileged to be present and experience the great devotion of the people to their Mother, Our Lady of Guadalupe.

I have often been drawn towards reflecting on the apparition. Our blessed Mother came to a poor, oppressed and despised people to comfort them in their suffering. What an honor for Juan Diego that his tilma was the canvas on which the Mother of God’s picture was etched! The image of Our Lady on the tilma has been scrutinized by experts for the last 500 years. A lot of ink and much time has been spent in verifying the authenticity of this image. The normal lifespan of the material from which the tilma is made is about 30 years. But Juan Diego’s retains its vivid colors – a miracle indeed. But let us not forget the original miracle of the “Roses in December!”

Clothing and even the roses are not of the greatest importance. From the Cross, Jesus spoke to His mother, “Woman behold your Son” (John 19:26) and commissioned her to be John’s mother. In each generation, Mary continues her mission as our mother. In Mexico in 1531, as the heaven-sent mother, she once again brought a message of unity and love to the world.

Columban Sr. Margaret Devine is from Caltra, Co. Galway, Ireland. She has ministered in Hispanic communities in Los Angeles. She also served in the Philippines in the areas of Education and Pastoral work.