In the late-20th century, decades after their expulsion from China, the Columbans had been moving toward re-establishing their presence in the nation for which they had received their original mission.

The Columbans had started missions in Hong Kong and small units in mainland China. In 2008, the Columban General Council took a major step toward this end when they relocated their offices, which historically had always been in Ireland.

In late 2007, the Columbans had purchased a property in the Kowloon area of Hong Kong, and permanently relocated there in early 2008.

The move to Hong Kong was a reflection of the Columban work in the Pacific Rim region and Oceania, and the future of the Society in those areas.

The General Council move was a momentous change for the Columbans, and one that caused some difficulties. Nonetheless, it reinforces the international character of the Columban Fathers, and paves the way for more outstanding Columban work. 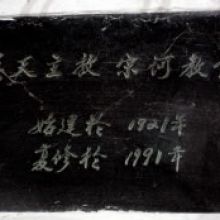