In 2009, a Columban Sister and a Columban Father each published a book about the histories of their respective communities.

Columban Sister Claire O’Rourke published the book USA: Stepping Stones to China and Beyond: A Columban Missionary Presence. It was a concise history, documenting the Columban Sisters’ origins in Ireland; facilities in New York, Massachusetts and California; their missionary efforts in China; and the influence of the Second Vatican Council.

That same year, Columban Father Neil Collins published The Splendid Cause: The Missionary Society of St. Columban, 1916-1954. (This book is not to be confused with the 1983 book of the same title, which discusses the history of the Columbans in Korea).

Both of these books contain valuable photographic images from different eras of the Columban Fathers and Sisters. Both Stepping Stones and The Splendid Cause have become invaluable resources for the Columban archives and historical knowledge. 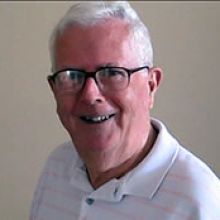