As the Columban U.S. Society approached its centennial, it could look back on nearly two decades of achievement in two new areas: the Columban website and the publication of Mision Columbana, the Spanish language version of the Columban magazine. In the two decades since these twin innovations, both have borne outstanding fruit for the Columbans.

The Columban website has developed and improved, mirroring the evolution of the World Wide Web all over the globe. The website has become a growing source of donations for the Columbans, as well as a superb medium for spreading the word about the achievements of the worldwide Columban community.

Over the previous 20 years, Mision Columbana has developed into a superb vehicle for Columban outreach to the Latino community in the U.S. and Columban supporters in Latin America. 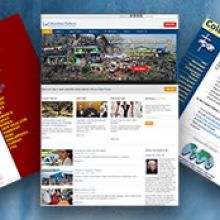