A Life I Never Even Dreamt Possible 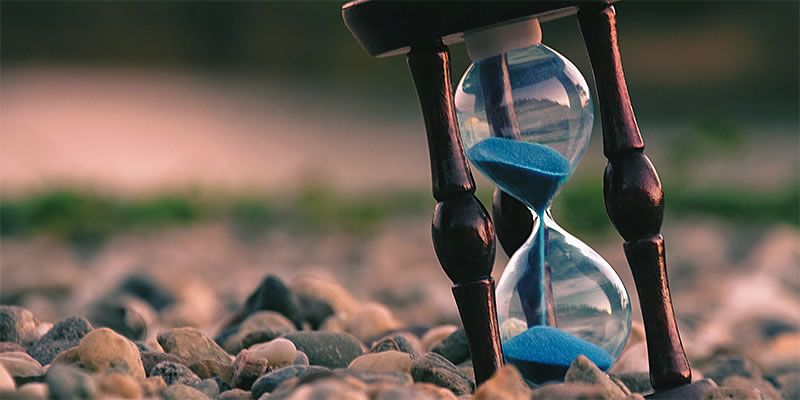 My Faith Journey as a Lay Missionary

By Hang Eun-Yeal Columba as told to Noel Mackey

Columba Chang was a Missionary Society of St. Columban lay missionary. In June 1990 she was a member of the first Korean regions lay mission team appointed to the Philippines where she worked for eighteen years. She served as a member of the lay missionary’s central leadership team for three years in Hong Kong, and served in Myanmar for six years. After celebrating 30 years of missionary life she retired in May 2021. She shared her story with me.

Thirty Years as a Columban Missionary

It seems like only yesterday I became a Columban lay missionary and was appointed to the Philippines but some thirty years have flown by. I had no idea that I would work as a lay missionary for such a long time. When I was three years old my parents took me in their arms, and I was baptized with the parish priest deciding that I take Columba as my baptismal name. I am not sure if he had the foresight to know that I would one day become a Columban Lay Missionary.

The “House of Love” That Overflows with Human Kindness

I got a glimpse of what a missionary’s life was like when during my working days I attended Mass at the House of Love in a shantytown, or what is affectionately referred to as “Moon District” in Korea where Columban priests were establishing a small community. The atmosphere there was mysterious and strange to me since I had been reared in a patriarchal culture where the church was centered on priests. These foreign priests spoke our language extremely well, had adopted a Korean lifestyle and in particular lived poorly like the rest of the people in the shantytown. When these missionaries met their neighbors, they patiently listened to their sad stories and attempted to console them. I had a lively faith experience as I observed these missionaries living lives of active service and came to realize that “Jesus had not come to be served but to serve.” As a result I like to believe I choose a missionary life rather than a married life that society was demanding at that time.

Both a Korean Woman and a Lay Missionary

While the life of a lay missionary is not all roses, it is a fulfilling life.

“Do not forget your own identity as Korean woman and a lay missionary.” This was the advice we received from a Missionary Sister of St. Columban (Columban Sisters) during our orientation to mission program that took place before we were assigned to our first mission area. These words always occupied a special place in my faith journey as a lay missionary.

One of the questions that I received most and that caused me to become flustered was, “what do lay missionaries actually do?”I think that lay missionaries are people, who in attempting to follow Jesus, leave their native countries and become one with and share friendship with people of a different culture, especially with the poor and abandoned. As members of our missionary community we are friends, sisters to each other, and sometimes we are students learning as we go, while at other times, we are teachers teaching and at times we inevitably take on leadership roles.

Living in a village in the greatest rubbish dumb in Manila, Philippines, where rag pickers eke out an existence; accompanying victims of AIDS dying of complicated diseases; working with children with special needs that have been abandoned by their own families and forced to live in special institutions; visiting those confined to prison and those who due to civil war have lost their homes living lives of pain and sorrow in Myanmar…as I reflect on my life I think that as a lay missionary I have lived a blessed life while sharing the joys and sorrows of these people and becoming their friends.

Gospel Conversion and Letting Go of My Own Will

While living in an unfamiliar land with a different culture and language, adapting to a new way of living, becoming familiar with English and the process of learning a new language for each missionary region was of course very difficult. But I discovered fighting with my own self was more difficult than any of that. Before I started living as a lay missionary, I regarded myself to be a good person and therefore I believed that I could live well as a lay missionary. However I discovered that I was not as good a person as I had thought. I felt a sense of shame when I realized that when I experienced situations that were not to my liking I actually choose to hide away and make excuses. In my desire to receive approval I competed with others and when I was afraid of becoming a failure I suppressed myself.

Before preaching the Gospel to others, I myself should have first been converted. I learned that it is only when I accept that I am loved as I am that I can be generous in accepting others as they are. When I think about it, I tried too hard to look good and made many mistakes when I tried to do things my way. I could have achieved results far beyond my expectations had I been able to let go of my will and discovered God’s will. It’s just like rainwater naturally seeps into the ground, then flows down the streams into the river to become river water which in turn flows into the ocean to become ocean water…by letting go of one’s own will and going with the flow one can become a source of life.

Retirement and Preparing for a New Journey

As I face retirement and take a look back on the days gone by, I merely give thanks to the Lord for giving me graceful times. The Columban missionary society reflected on the signs of the times and responded positively. A missionary society, mainly comprised of priest missionaries, invited us lay missionaries to be their companions. I regard it a great honor to have been able to join in the mission that works in solidarity with other religions, works for justice and peace as well as the protection of the earth and has the poor and abandoned as its priority. I hope that in the future more young people will be inspired by the mission of the Columban society and participate in God’s work as priest and lay missionaries. I also thank our benefactors and friends who continuously pray for and accompany us by the interest they take in our mission and their charitable contributions. I pray that you may be blessed by the Lord.

Noel Mackey provided the English translation of this article. 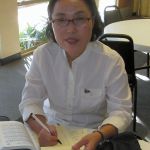 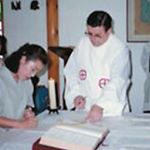 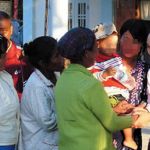 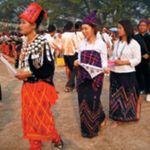 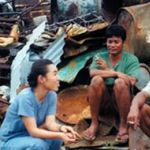