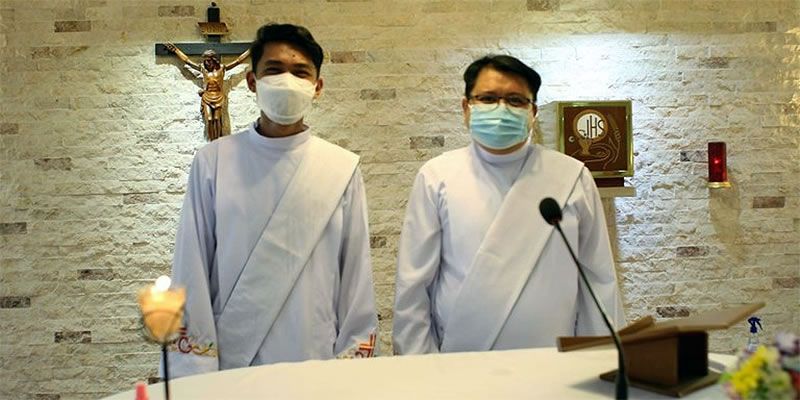 Another Step on the Journey

Two boys from the farm in the southern echelons of the Philippines knelt before Bishop Honesto Ongioco in the bright and airy chapel of the Columban Student House in Manila to be ordained deacons on June 27, 2021.

After nine years of study, prayer and guidance, Jerry Lohera and Elbert Balbastro took their first major step towards priesthood and the living of a dream that had taken seed on the quite different paths their lives had taken since leaving school. 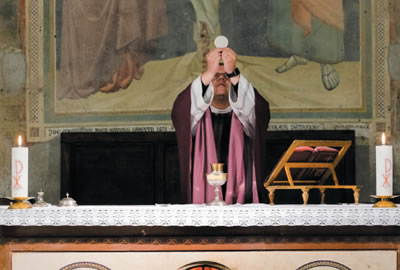 Both Jerry and Elbert describe the circumstances of their upbringing as poor, but tempered by the loving atmosphere of a family within which they learned the values of service to others. Jerry remembers that when he was in grade two, he told his classmates he was going to be a priest when he grew up. “I did not understand what that meant at the time,” he says, “but they all remembered it and often talked about it.” Blessed with the opportunity to study after high school, Jerry went into the sale and provision of medical equipment to hospitals and clinics; but the little quip he had uttered in his childhood never strayed from his mind.

Elbert followed a different path carving out a career in computer science. He readily admits his dream was to become rich, and he took the plunge that some millions of his country people have taken seeking a better future in a foreign land.

He went to Seoul, South Korea, plying the considerable computer skill he had built up at home for a purpose of little interest to him other than his salary. However, life was to change. Living alone in a foreign land sent him searching for a taste of home. There are several Church-sponsored centers for migrant workers in Seoul that provide a place of relaxation where they can speak their own language with their own country people and receive advice about the various problems they encounter.

He stumbled across one of these centers in his search for company and was struck at the sight of priests and Sisters freely giving their time and energy to serve the workers that came seeking some solace. Their attitude was so different from his own. He has a vivid memory of realizing they were not doing it for money, but simply out of compassion for people that had need of their service. 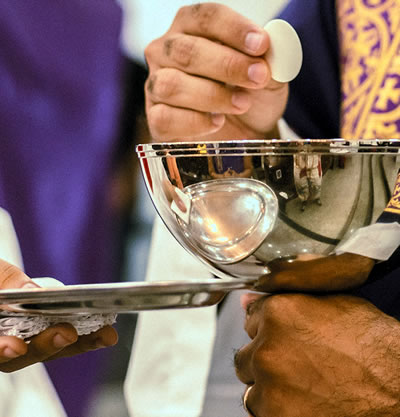 It was in these surroundings that he first met the Columbans, and the seeds of a religious vocation were sown. Their witness began to dispel his own dream of wealth and the realization that things other than money could bring self-fulfillment sowed the seeds of a desire to use his own talent in the service of others. The seed began to germinate within his imagination.

But seeds take time to poke their heads above the earth, and riches still beckoned. He returned home and was able to achieve part ownership in an American company. He was on the way, but the Korean experience kept nagging, and in 2012 he tossed the business in and succumbed to another call, joining the Columban Formation Program.

Meanwhile, Jerry was prospering in his work, albeit on a more subdued platform, but he too was beginning to dream of using his talent differently and his little quip about being a priest of so many years previously returned in a more serious way. He knew the parish where he had grown up had been staffed by Columban priests in the past, as his parents occasionally spoke about them, so as his search became more serious, he took his enquiries in their direction.

Years spent as students in Manila saw the seeds sown in the past nurtured, then flourish into a bloom that allowed a friendship to grow between the two. In 2017, they left together for Pakistan and two of the most challenging years of their formation, tasting life in a foreign country.

Studies of the Urdu language, the dry and dusty environs so different from the lush farmland of their childhood or the hustle and glitter of Seoul or Manila required so much adjustment and patient learning.

Different customs of hospitality, ways of going to church, celebrating marriage and mourning death provided much to absorb, appreciate and come to enjoy. It was a time of persistence, but with each day bringing a little advance, their feeling of belonging strengthened.

The two are now preparing for ordination to the priesthood with the hope that the COVID 19 pandemic will allow them to receive the sacrament in their home parishes. Jerry looks forward to celebrating with his parents, along with five sisters and a brother, as well as his classmates from grade two. Elbert prays his family can be with him and that he can take the opportunity to thank the community that has supported him so faithfully in his long journey.