It Is Not Every Day ... A Parishioner Brings Home a Gold Medal 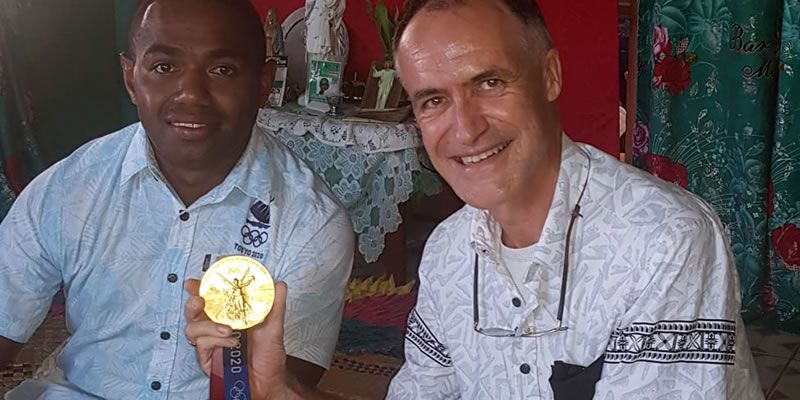 It's not every day a member of your parish brings home a gold Olympic medal! I was very happy therefore to finally meet Waisea Nacuqu, from Votua, after his 2 weeks' quarantine, plus some down time in the village after his Olympic triumph.

I have known Waisea for a long time, used to meet him at the Hong Kong 7s when I was serving there. I organized his marriage to Maree Nacuqu earlier this year with the help of a neighboring local priest who was in possession of a marriage license. In my visit, I reminded him that it's not the "gold" that is most important, it is the fact you are using your God-given talents to provide for your family, and to give us all joy and pride in your village and our nation. For those who don't know Nacuqu, here is a bit of information:

"It wasn’t an easy journey for national 7s player Waisea Nacuqu before making it to the Olympics. It started after he dropped out of school at class six with the aim of donning the national jumper one day. This was a dream he kept close to his heart as he worked on sugarcane fields and caught fish to provide for his family. Tuwai [another rugby player from the same village] was Nacuqu’s motivation, encouraging him to be patient as his time would come. The Ba man played football representing Tavua in various competitions from 2011 until 2012 when his rugby chapter started with Nadi based Westfield Tokatoka Barbarians. Nacuqu never looked back as his dream began to unfold after being drafted in the 2013 national squad by the then coach Alifereti Dere. In the same year, when Ben Ryan took over as coach, Nacuqu’s dream became a reality – making his debut for Fiji at the 2014 Gold Coast 7s. The 28-year-old was disheartened to miss out on the 2016 Rio Olympic Games but remained steadfast to continue working hard. Speaking to FBC Sports, Nacuqu says to play in the Tokyo Olympics is a blessing as he crosses another goal off the list.

One week after my visit to their home, the father of Nacuqu, who is gardener at our Catholic school of St. Columban in Votua, asked me to come celebrate a Mass of thanksgiving. I happily agreed, picking the readings Isaiah 40:6-11 ("all flesh is like grass with withers and flowers that fail") and Matthew 25:14-30 (use of one's talents) once again congratulating him for his gold medal, congratulating him for always making the Sign of the Cross each time he scores, and to keep in mind that all God's people have talents, and his successful use of his serves to inspire others to use their gifts more courageously and consistently. After Mass, we sat down to the customary bowl of kava, and root crops were presented to me in appreciation.

It's not every day a parishioner brings home an Olympic gold medal, and it's not everybody he asks for a Mass of Thanksgiving. We wish Waisea, Maree and their family every blessing as she continues her service as a teacher, he his rugby, and their future children whatever gifts God chooses to give them. 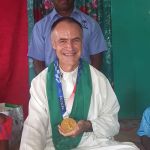 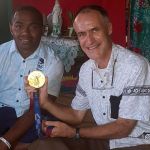 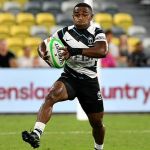 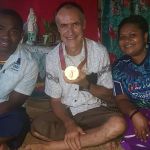