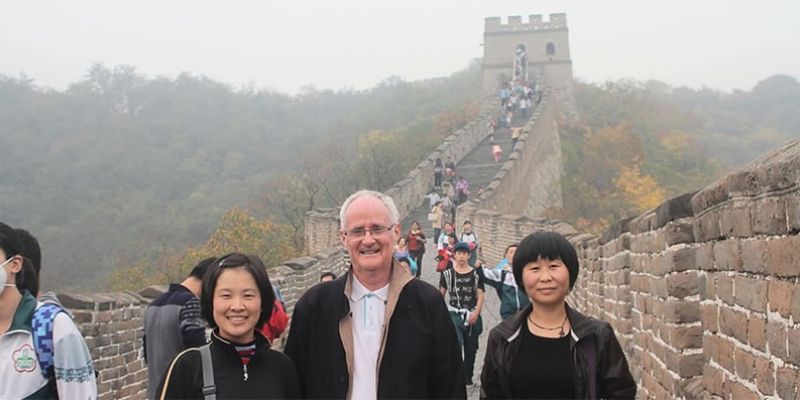 People sometimes ask “Why did you become a missionary?” What made about 12 of my 45 classmates in secondary school decide that they wanted to be missionary priests? Granted, within a few years more than half of them decided they didn’t. The decision of those who did was probably influenced, indirectly, by a decree going back to the Council of Florence (1438-45). This declared that outside the Catholic Church there was no salvation. The desire to save souls was compelling for many.

I joined the Columbans in September 1962; the Second Vatican Council began in October. Soon some of our certainties were challenged by what came out of the Council. Pope John XXIII said the Church needed fresh air. Some of this was provided by people with names like Rahner, Ratzinger, Häring and Murray. We were assured that Jews could be saved, and Muslims, and even atheists if they sincerely tried to live good lives. That may have undermined the motivation of a few whose only goal was conversion. It made all of us ask questions and examine motivations: What does it mean to be a missionary today? How should we relate to other religions? What does salvation mean? Jesus didn’t say to Zachaeus “You will go to Heaven when you die, “ but “today salvation has come to your house.”

In 2019 some 29 Columbans celebrated their 25th/50th/60th jubilees. Between them they have accumulated 1,354 years of service to mission. Some have participated in the founding of about 130 new parishes in Korea, others help dignify the lives of the poor in the Philippines and Latin America or give patient witness to the Gospel in a Japan that shows limited interest in what they have to offer. Circumstances differ greatly. We are links in a chain, to use the image of John Henry Newman, one that goes back to Galilee. We do not, however, have copper-fastened models for continuing that chain. St. Francis Xavier is often cited as a missionary model. A recent superior general of the Jesuits said that while we admire his work and enthusiasm we would not use his methods today.

Pope Francis is clearly a friend of mission and probably will have more to say on the subject. Sometimes it is worth paying attention to the basics voiced by the less friendly. German philosopher Freidrich Nietzsche was on to something when he said, “If one could see these glad tidings of your Bible written on your faces you would not need to talk so much about the truth of that book…”

Columban Fr. Alo Connaughton is now involved in the formation of seminarians.